Clashes broke out throughout Iran on Wednesday, October 26, as thousands of people came to the burial site of Mahsa Amini in Saqqez, a city in the Kurdistan province, to mark 40 days since her death.


Protests have swept through the Islamic Republic following the death of the 22-year-old Kurdish woman,  Amini, who died on September 16 after being detained by “morality police” and taken to a “re-education center,” allegedly for not abiding by the country’s conservative dress code. 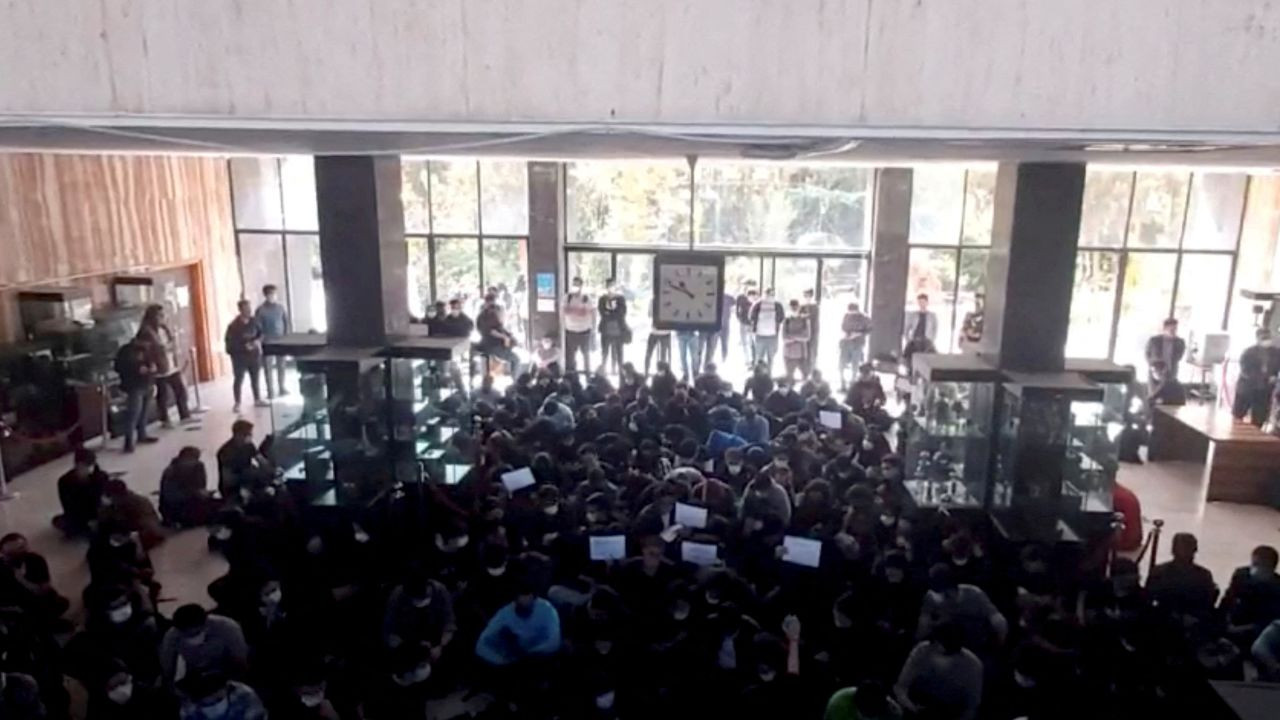 According to semi-official Iranian state news agency ISNA, nationwide protests took place in Iran on Wednesday to mark 40 days since Amini died, an important day of mourning in Iranian and Islamic tradition.


The unrest came on the same day that at least 15 people were killed and 10 others were injured in a “terrorist attack” at the Shahcheragh Shrine in the city of Shiraz, southern Iran. As at press time, it’s unclear if Wednesday’s attack was linked to the protests.

ISNA said security forces “did not prevent” protesters from visiting Amini’s grave in Saqqez, which is also her birthplace, but reported that clashes took place after people left the site.


“There were no clashes between mourners and police at the burial site, most were chanting Kurdish slogans, some moved towards the city with the intention of clashes, one of them raised the Kurdish flag,” ISNA said.


In videos shared on social media, large crowds of people and lines of cars are seen making their way to Saqqez’s Aichi cemetery where Amini is buried. Groups of people in the videos are heard chanting “women, life, freedom” and “death to this child-killing regime.”


Other videos show smoke rising from several fires in the streets of a different neighborhood nearby. Gunshots can also be heard in the background while protesters march in the streets.


Internet watchdog Netblocks said on Twitter there was a disruption to the internet reported in Iran’s Kurdistan Province and Sanandaj from Wednesday morning. State news ISNA reported that following “outbreaks and scattered clashes” the internet in “Saqqez city was cut off due to security considerations.”


The Iranian  government has in the past banned and attacked religious ceremonies claiming safety reasons and have in other cases reached out to families to ask them to refrain from holding public mourning ceremonies.


Iranian state media IRNA said Amini’s family made a statement to say they will not be marking her passing on Wednesday.


The claim from Iranian government came after Kurdish rights group Hengaw said the Amini family was “under a lot of pressure” from security forces to write that statement, adding they had threatened to arrest Amini’s brother if the procession took place.